We inform you that at this moment all our stores are temporarily closed.

However we remain available for any request through our contacts

We will be very pleased to provide you with personalized service and make your requests conveniently arrive wherever you prefer.

In the terms of the Judicial Regime of the Goldsmiths and Assay office, approved by law no. 98/2015, 18 August, an article with precious metal is legally marked when the following markings have been applied:

As expressed in Article 3º of the RJOC, delineated: 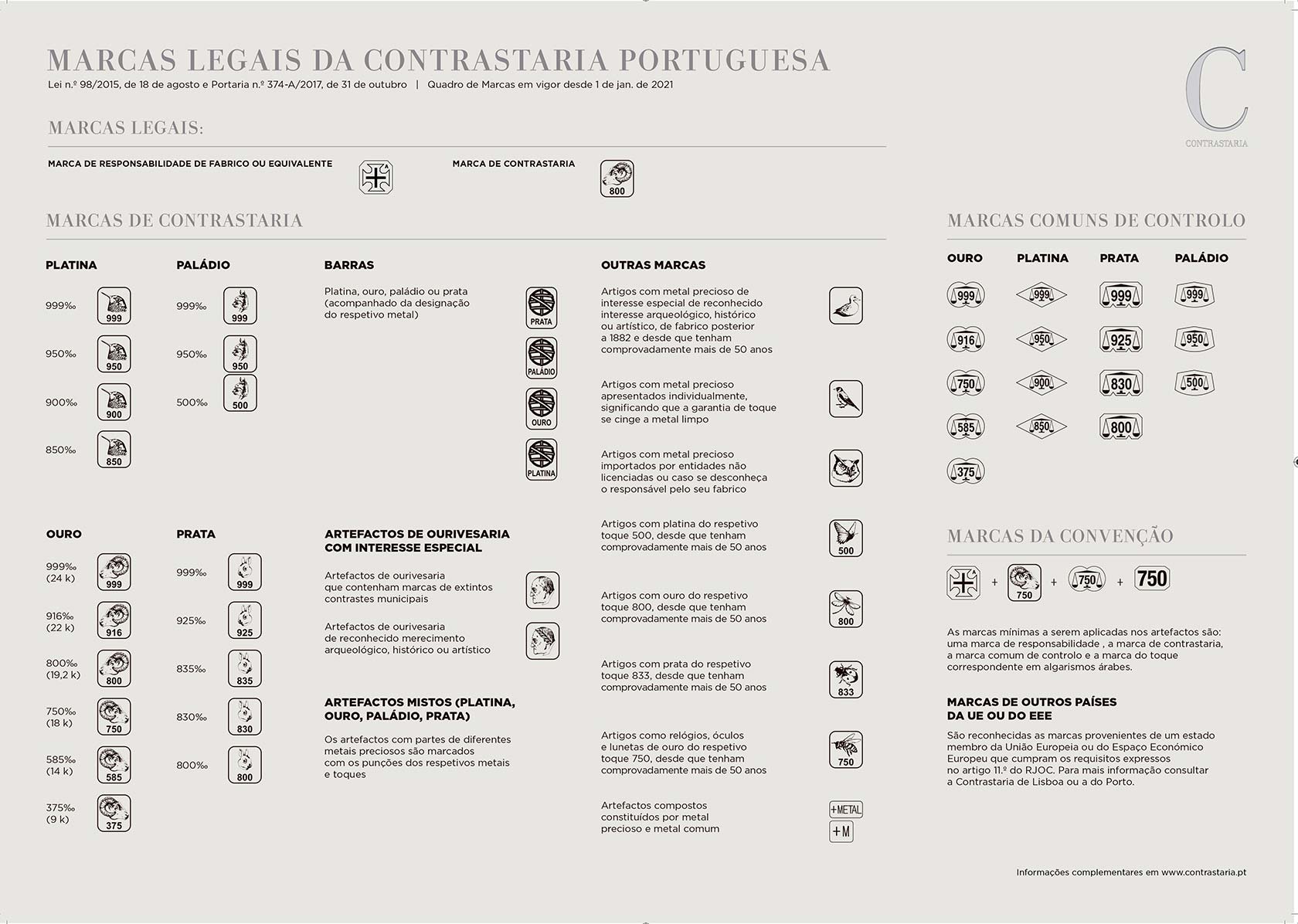 MARKINGS FROM OTHER EU OR EEA COUNTRIES

Articles with precious metal from a Member State of the European Union or the European Economic Area can be placed in the national market without requiring the inspection and marking by the Assay office, provided they are in compliance with the requirements expressed in article 11º of the RJOC with the following markings applied:

For more information related to the entities, the metals and the recognized markings, you may consult the Portuguese Institute of Quality.

Articles with precious metals originating from a member state of the European Union or of the European Economic Area (EEA) that find themselves deprived of the markings related to the respective legislation, but that are not deprived of the markings harbored by Portuguese legislation, should be tested and marked in advance by the Portuguese Assay offices or the Assay office of the recognized country of origin, for the effect of them being placed on the national market.

ALL OUR PIECES MAY BE VIEWED BY LOCAL COMPETENT AUTHORITIES APPOINTED AT
TORRES JOALHEIROS SHOWROOMS.

For the daily prices of gold, silver, platinum and palladium, click here, in accordance to the terms of the RJOC Article 63º, paragraph no. 1, section a) and paragraph no. 2.